When you book with an account, you will be able to track your payment status, track the confirmation and you can also rate the tour after you finished the tour.
Sign Up
756
9 Days
Jerusalem
Tel Aviv
Min Age : No age requirement
Max People : 25
ItineraryTour IncludesHotelsBrochureMapPhotos

Interfaith Israel Tour – Highlights is an amazing 9 day tour of Israel, with Jewish and Christian interests.

Shalom! Arrive Ben Gurion Airport and meet a Trips Israel representative, who will escort us outside to meet your driver. 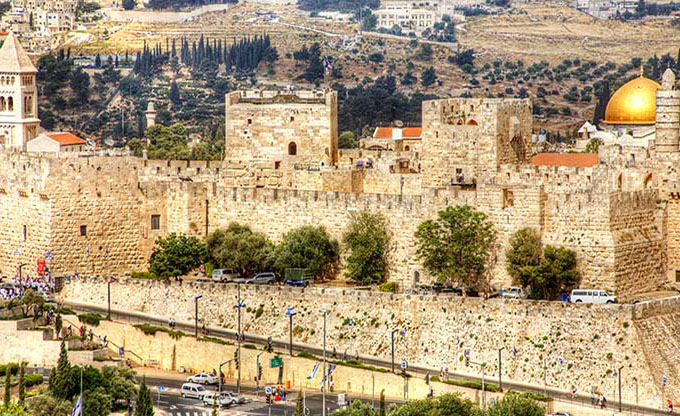 Arrive at our hotel in Jerusalem for check in.

Breakfast at our hotel. Today, visits will include sites in Jerusalem and the Old City.

Mount of Olives is situated on the east side of the Old City. On top of the mountain, is a beautiful panoramic view of the Old City and the Golden Gates. On the bottom of the mount, is an urban garden, most famous for the site where Jesus prayed in many occasions prior to His crucifixion.

The Upper Room and David’s Tomb at Mt. Zion:

Also known as the “Room of the Last Supper”, located above David’s Tomb compound. The site of the Upper Room is believed by many was the room where Jesus had His last Passover meal, prior to His incarceration.

The Jewish quarter was reconstructed after the city was unified after the Six-Day War in 1967. A special point of interest in the restored Jewish Quarter is the “Cardo”, meaning the “heart” of this ancient Byzantine City. See the unearthed (main) Roman thoroughfare and the ancient marketplace lined with columns. Visit the Roman Cardo and the Herodian quarter

Also known as “The Kotel”, or “The Wailing Wall” and “Temple Mount Wall”. The Western Wall is the last remaining structure after the destruction of the temple. It is considered the holiest place for Jews.

It is believed by many Christians, this was the site of where Jesus was born at the Church of the Nativity. Prior to visiting the Nativity, view Rachel’s Tomb.

We will return to our hotel for the remainder of the day at leisure.

Another amazing breakfast at our hotel. Today, we will visit the following places:

The Knesset is Israel’s parliament, since the creation of Israel. It officially opened in 1950, but was functioning withing the first year of Israel’s creation with several locations in Tel Aviv and Jerusalem.

A cemetery for all of Israel’s falling soldiers, leaders and Prime Ministers.

Israeli memorial (museum) commemorating the 6 million Jews who perished in the concentration camps in Europe by Nazi Germany. It is considered the biggest memorial for the Holocaust victoms.

A vibrant ultra orthodox neighborhood in the heart of Jerusalem. See a unique lifestyle and culture with many Judaica shops, restaurants and a very busy street.

Drive to an authentic restaurant (dinner included), followed by a spectacular Sound and Light show at Tower of David Museum.

Following an early morning breakfast at our hotel, drive south towards the Dead Sea. As we get closer to the shores of the Dead Sea, we will start to descend to the lowest point on the surface of the earth. The descent is 1305 feet (398 meters) below sea level. Visits in the Dead Sea region will include:

Ascend by cable car to the legendary mountaintop plateau of Masada. Where the last stronghold of the Jewish Zealots struggled against the Romans. The Zealots held out for three years against the legions of Flavius Silva. They chose to die as free men at their own hands in preference to Roman slavery and torture.

The Dead Sea is considered the lowest point on earth. The Dead Sea is uniquely formulated in a small body of water (similar to a lake) and includes 11%-13% salt and other natural ingredients. Float on the Dead Sea and cover ourselves in mud (weather permitting).

Drive to Tel Aviv and check-in to hotel.

Enjoy breakfast at hotel and Shabbat (Saturday) day at leisure.

After breakfast at hotel, check-out from hotel and start the day with a drive north along the Mediterranean Sea towards Haifa. Visits on the way will include:

Built by Herod and once the capital of Judea. Many Christian scriptures (New Testaments) mention Caesarea; here Paul embarked on his journey to Tarsus, as well as Cornelius and his family (the first Gentile believers) lived. Caesarea is also where Pontius Pilate had his base and where Philip preached. Explore the restored Roman amphitheater, with its acoustic and theatrical sound. It was used for many performances throughout the centuries, including today. Walk through the excavated fortress and view the aqueduct, once used for conveying water to the city.

Daliat-el-Carmel, a Druze village located in the outskirts of Mt. Carmel. Here, enjoy a late lunch at a local restaurant.

Drive through the hills of the Galilee to our kibbutz guest house in the Upper Galilee for check-in.

Also know as the mystical city of Safed, it is considered to be one of the Four Holy cities according to tradition and the birth place of kabala. Safed is located at an elevation of 900 meters (2,953 ft). It is the highest city in the Galilee and in Israel. Due to its high elevation, Safed experiences warm summers and cold, often snowy, winters. Safed is built with narrow winding alleys. Visits in Safed include: Joseph Caro and the Ari synagogues, the most important synagogues in the city. See the creative workshops and galleries found in the flourishing artist’s quarter.

Return back to our hotel. Enjoy a relaxing dinner at our hotel.

Overnight in  the Galilee.

Following breakfast at hotel, check-out from hotel and visit the following places:

The boyhood home of Jesus. Here we will visit the Grotto of the Annunciation and the Church of St. Joseph. These churches are located over the traditional site where Mary and Joseph lived. Nearby, see the ancient City Well, believed to be the site where Angel Gabriel appeared to Mary.

See the remains of the mosaic floor of an ancient synagogue depicting the zodiac. Beth Alpha synagogue was uncovered in 1928 by members of the nearby Kibbutz Hefzibah.

Drive to Tel Aviv and check-in to hotel.

After breakfast, transfer to Ben Gurion Airport for departure. 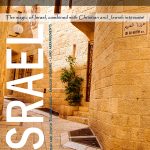 10 Days 9 Nights
Amazing Jewish and Christian interests
Amazing hotel plans to choose from
Guaranteed to operate weekly
Most meals and much more!